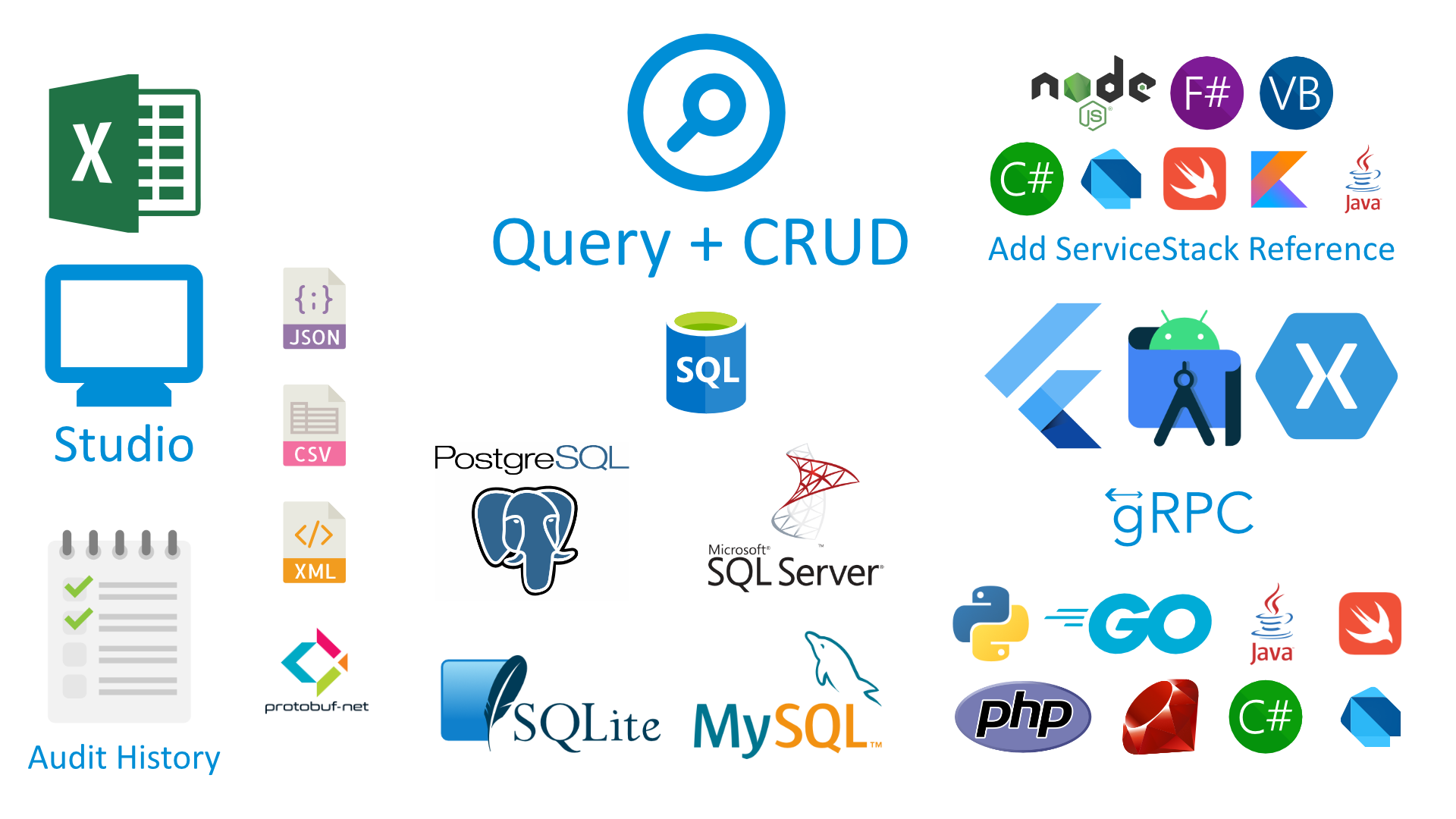 The AutoQuery support in ServiceStack adds Auto Querying functionality akin to OData's querying support for Web Api, although we've strongly disregarded their approach which we've long considered promotes web service anti-patterns. To explain the design goals behind AutoQuery it's important to identify and avoid the parts of OData we consider make it a poor fit for services.

Why not OData goes through what aspects make OData a poor Services technology who's Services anti-patterns violates Microsoft's own Services Design guidelines where its implementation, complexity, poor performance, tight-coupling and inhibitive versionability is reminiscent of their earlier rigid, heavy-weight SOAP/SOA frameworks that's still entrenched in a number of legacy systems - poorly ideologised, over-engineered Services technology many companies are still trying to recover from.

AutoQuerying aims to work like optional typing by making it easy to expose contract-less data services for rapid prototyping, then allowing the API to be gradually formalized by decorating Request DTO's with its supported usage, whilst allowing complete freedom in either utilizing and extending AutoQuery's built-in functionality or replacing it entirely without breaking the Service Contract.

In addition to leveraging ServiceStack's existing functionality, maximizing re-use in this way reduces the cognitive overhead required for developers who can re-use their existing knowledge in implementing, customizing, introspecting and consuming ServiceStack services.

If you're just getting started AutoQuery we also recommend using ServiceStack Studio Desktop App which provides an instant UI to quickly browse and query all your AutoQuery Services that provides a fast way to explore AutoQuery features and construct AutoQuery requests through a Simple UI. 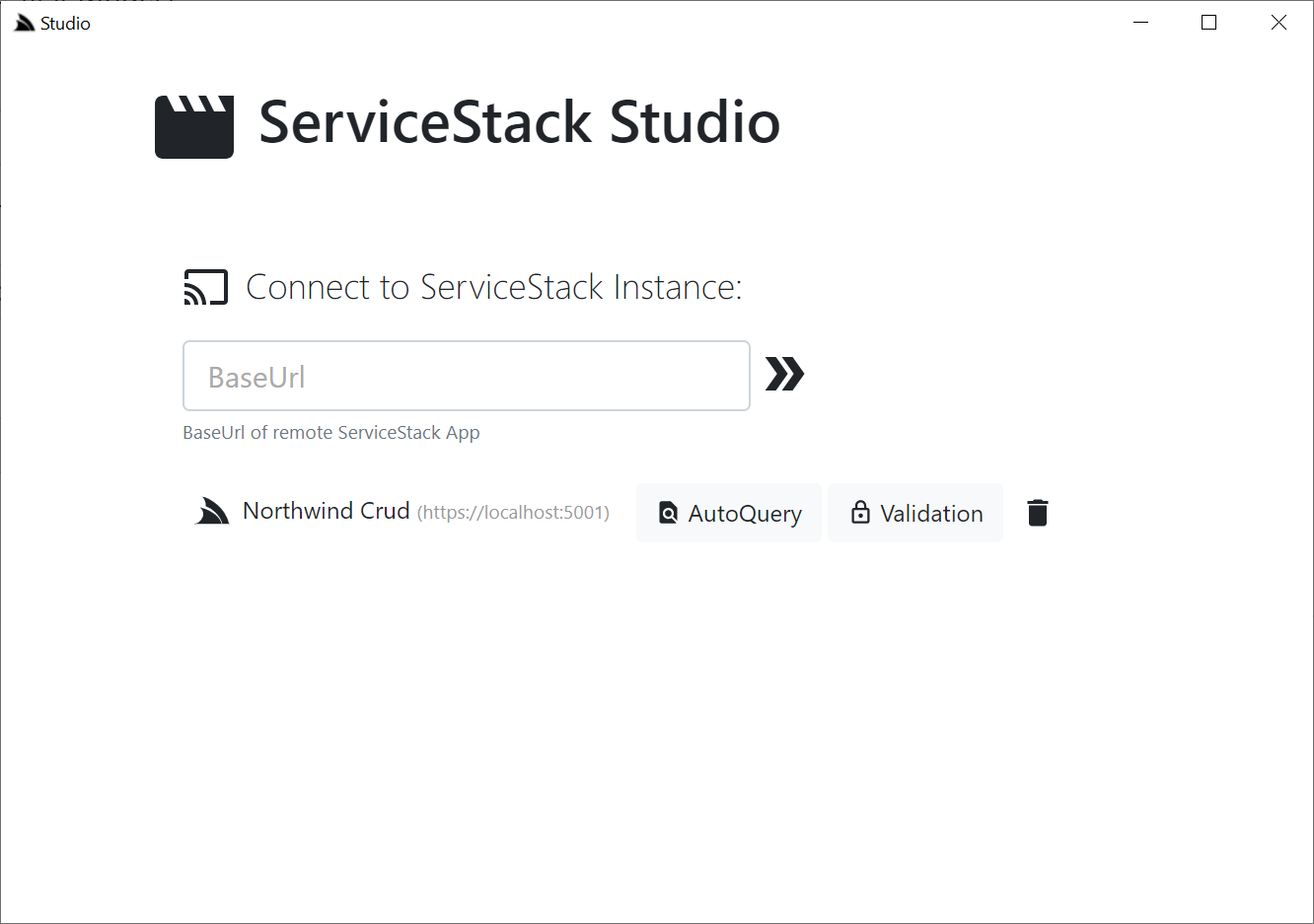 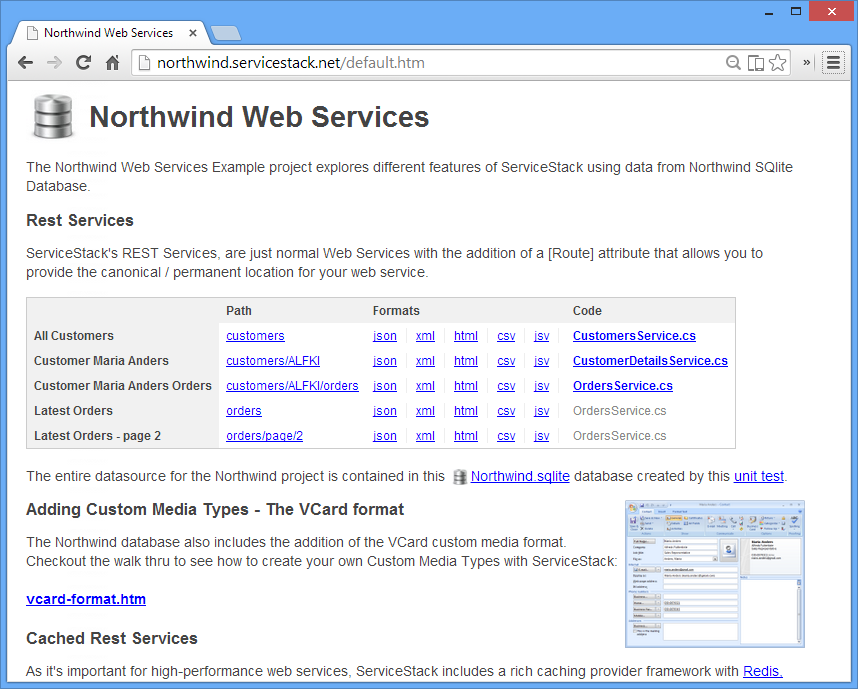 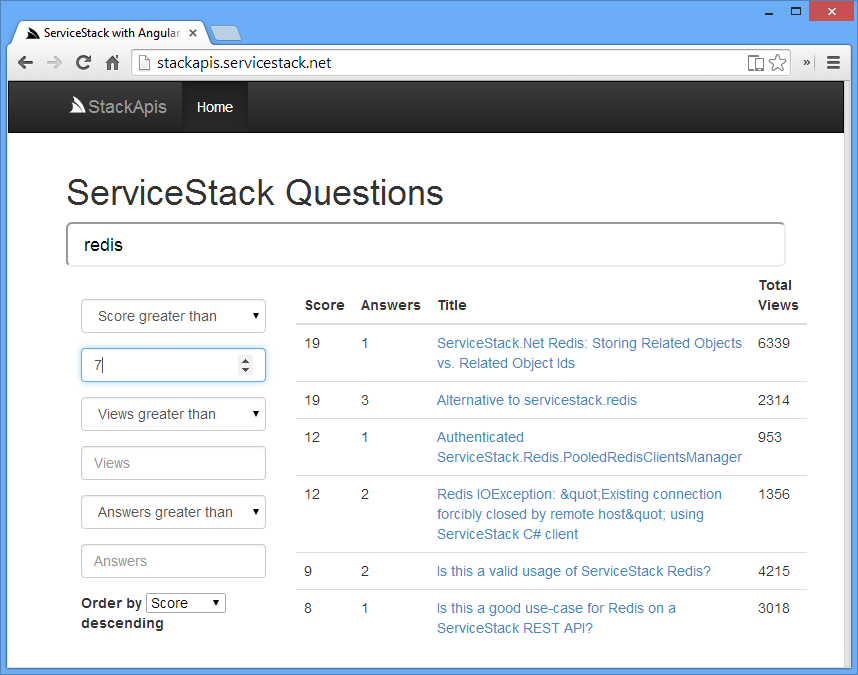 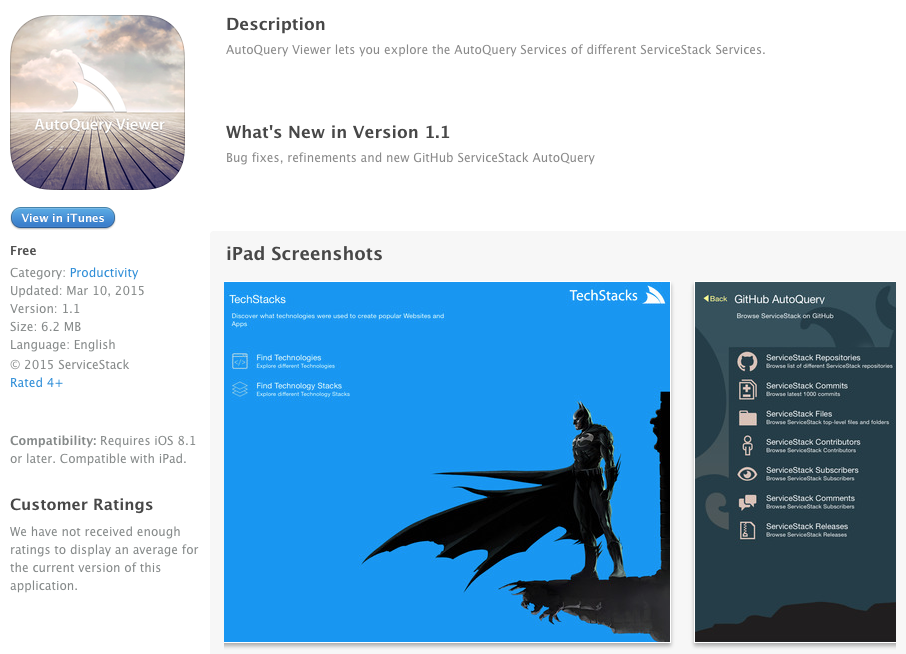 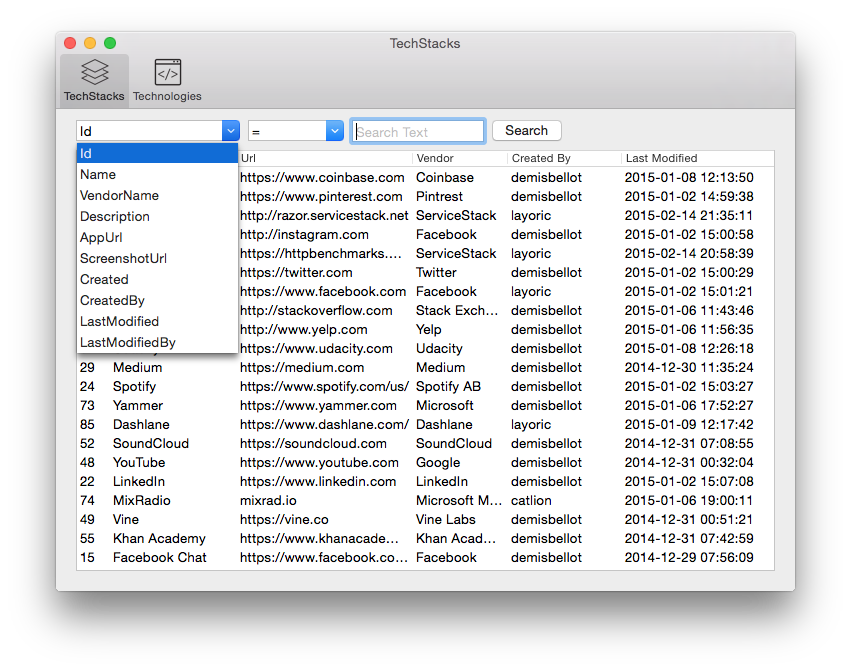