Svelte is a radical new approach to building user interfaces. Whereas traditional frameworks like React and Vue do the bulk of their work in the browser, Svelte shifts that work into a compile step that happens when you build your app.

Instead of using techniques like virtual DOM diffing, Svelte writes code that surgically updates the DOM when the state of your app changes. 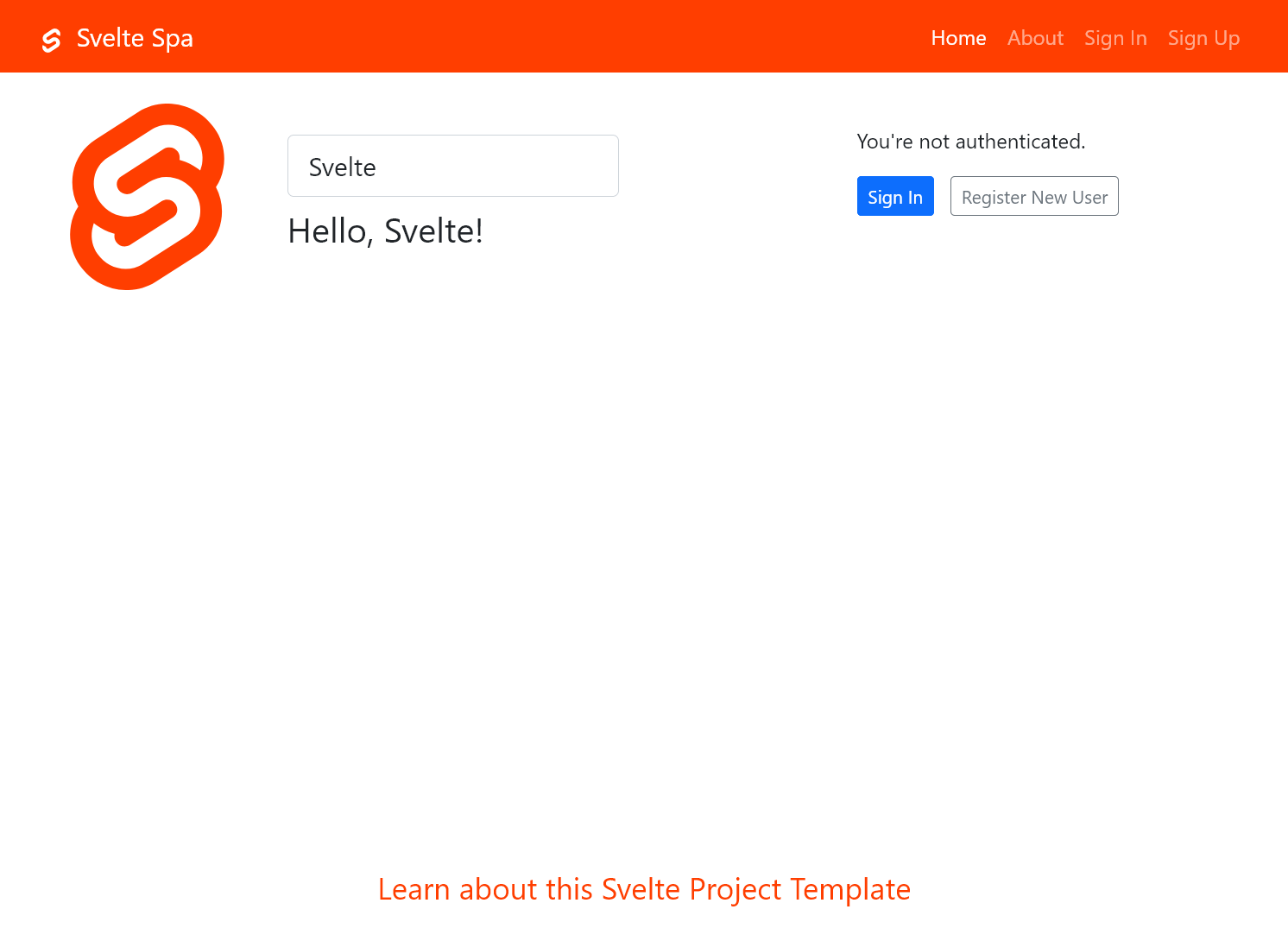 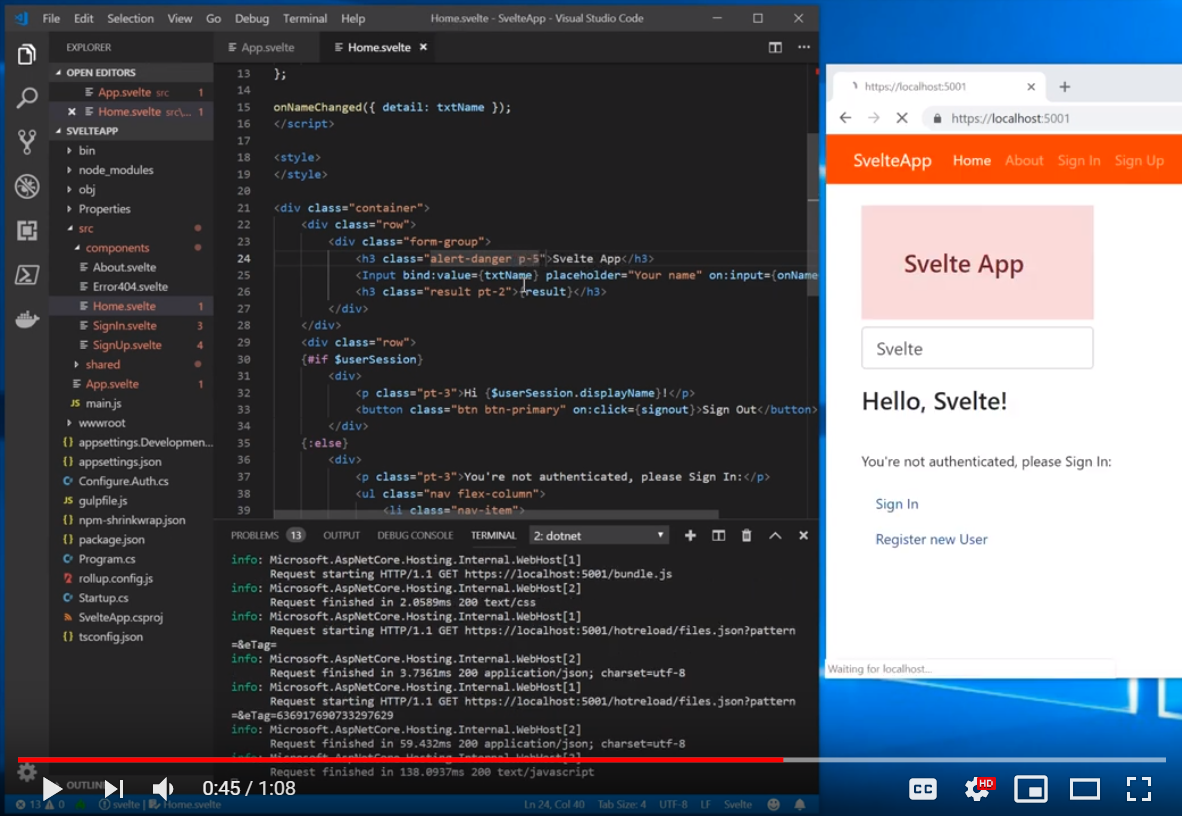 Run the dev npm script or Gulp task and leave it running in the background:

This initially generates a full development build of your Web App then stays running in the background to process files as they’re changed. This enables the normal dev workflow of running your ASP.NET Web App, saving changes locally which are then reloaded using ServiceStack’s built-in hot reloading. Alternatively hitting F5 will refresh the page and view the latest changes.

Each change updates the output dev resources so even if you stop the dev task your Web App remains in a working state that’s viewable when running the ASP.NET Web App.

.NET Core projects can also benefit from Live Coding using dotnet watch which performs a “watched build” where it automatically stops, recompiles and restarts your .NET Core App when it detects source file changes. You can start a watched build from the command-line with:

Run the build npm script or gulp task to generate a static production build of your App saved to your .NET App's /wwwroot folder:

This will let you run the production build of your App that's hosted by your .NET App.

Run the dtos npm script or Gulp task to update your server dtos in /src/dtos.ts:

When your App is ready to deploy, run the publish npm (or Gulp) script to package your App for deployment:

Which will create a production build of your App which then runs dotnet publish -c Release to Publish a Release build of your App in the /bin/netcoreapp3.1/publish folder which can then copied to remote server or an included in a Docker container to deploy your App.

This project was bootstrapped with sveltejs/template. To learn more about Svelte we recommend going through Svelte's interactive tutorial.