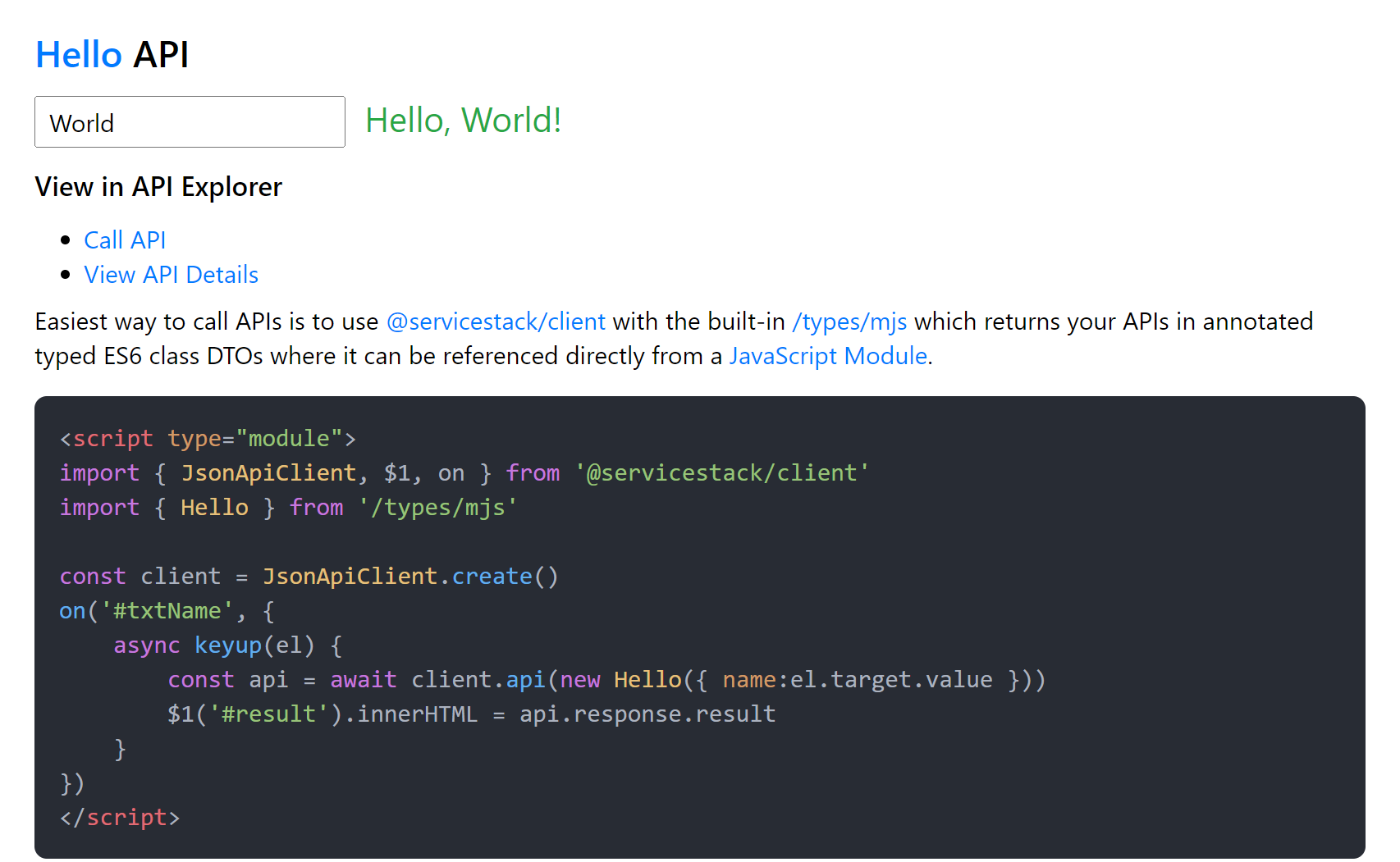 Whilst this announcement sends a clear message that new development on .NET Framework has effectively been put on product life support, ASP.NET Core 2.1 LTS is still a great rock-solid platform to build on if you're unable to jump directly to .NET Core immediately or if you want to get off .NET Core's major version release train and build upon a stable LTS platform.

If you need to stay on the .NET Framework, we'd still recommend using the newer ASP.NET Core 2.1 over classic ASP.NET System.Web projects as it's cleaner, lighter, more flexible and future proof. Unlike Microsoft web frameworks, ServiceStack is a single code-base which supports running on multiple platforms so your ServiceStack Services can enjoy near perfect source-code compatibility when and if you choose to move to .NET Core in future.

Whilst Microsoft is stopping new development of ASP.NET Core on .NET Framework, we're not, our supported packages have standardized to multi-target both .NET v4.5+ and .NET Standard 2.0 which is supported natively on ASP.NET Core 2.1.

This includes our own innovations that we continue to invest in like #Script (fka ServiceStack Templates) naturally support .NET Framework and .NET Core and runs everywhere ServiceStack does including within classic ASP.NET MVC Controllers which wasn't a design goal but was a natural consequence of developing clean libraries without external dependencies or reliance on external tooling.

This is to say that ASP.NET Core 2.1 LTS is still a fantastic rock-solid platform to run your .NET Framework workloads when you need to which will continue to receive enhancements and new features with each ServiceStack release courtesy of being derived from the same shared code-base which will enable seamless migrations to .NET Core should you wish to in future.

Ultimately you'll miss out on niceties like the Microsoft.AspNetCore.App meta-package, as a result we recommend starting from one of our ASP.NET Core Framework project Templates which by convention all have the -corefx suffix:

This will let you create an ASP.NET Core App running on the .NET Framework v4.7 using web new with:

Which can then be opened in your preferred VS.NET or Project Rider C# IDE.

The primary difference between ASP.NET Core Apps on .NET Core 2.1 vs .NET Framework is needing to reference the .Core packages to force referencing ServiceStack .NET Standard 2.0 libraries, which otherwise when installed in a .NET Framework project would install net45 libraries. The differences between the 2 builds include:

Ultimately support for whether a .NET Standard 2.0 library will run on the .NET Framework depends on whether external dependencies also support this scenario which as it's a more niche use-case, will be a less tested scenario

Many of Microsoft's core .NET Standard 2.0 packages have been reported to have runtime Assembly loading issues that throw FileNotFoundException "Could not load file or assembly ..." Exceptions in .NET Framework projects, including:

Some solutions that have been known to resolve these issues include:

Many of these issues is the result of older .NET Frameworks like .NET v4.6.1 not properly supporting .NET Standard 2.0 which is mostly resolved by installing .NET Framework v4.7.1+.