To provide better visibility to the hidden functionality in ServiceStack we’ve added Debug Info links section to the /metadata page which add links to any Plugins with Web UI’s, e.g: 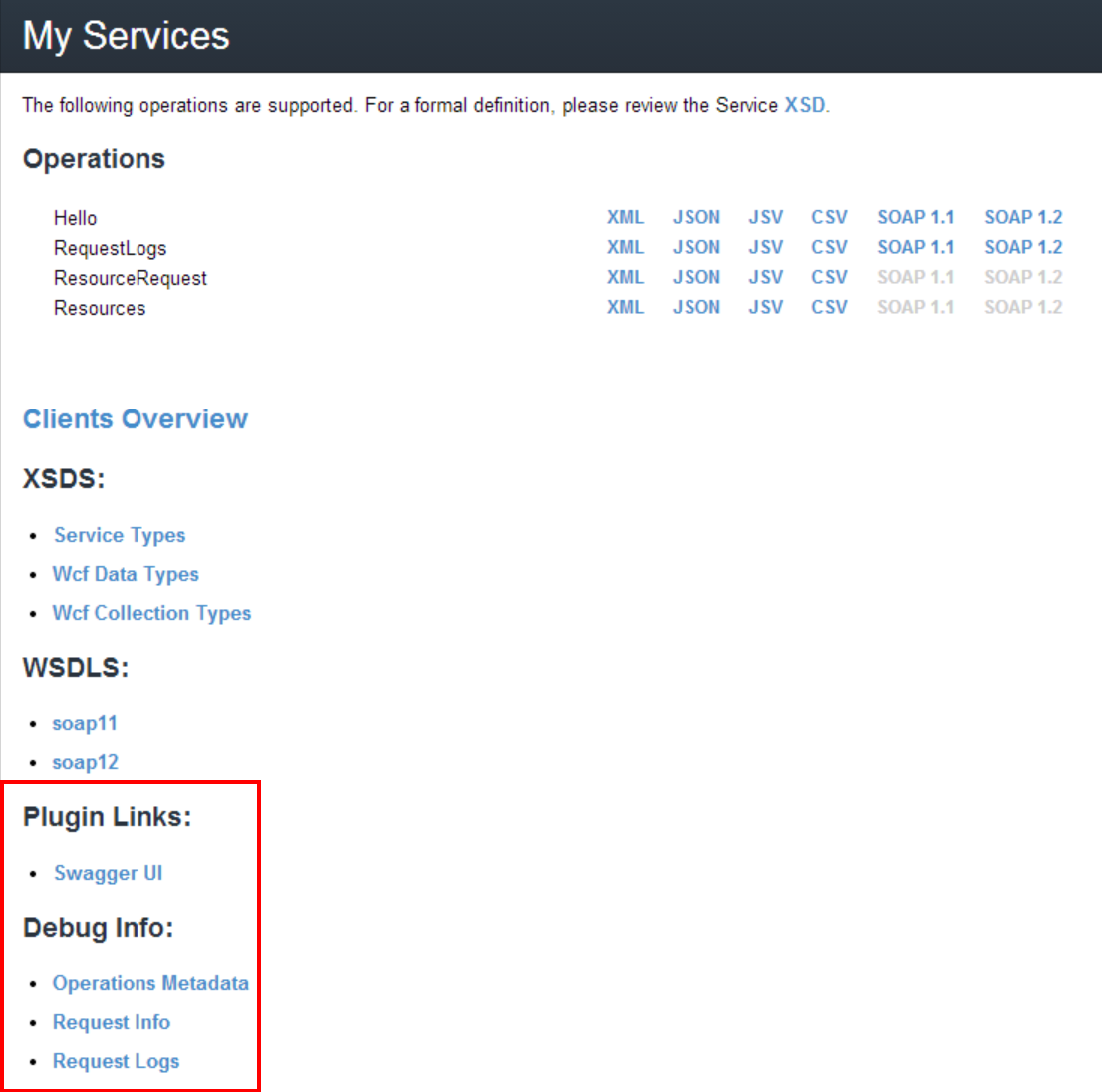 The Debug Links section is only available in DebugMode (recap: set by default in Debug builds or explicitly with Config.DebugMode = true). In addition, users with the Admin role (or if Config.AdminAuthSecret is enabled) can also view the debug Plugins UI’s in production.

You can add links to your own Plugins in the metadata pages with:

AddPluginLink adds links under the Plugin Links section and should be used if your plugin is publicly visible, otherwise use AddDebugLink for plugins only available during debugging or development.

Previously you could only map between top-level POCO models, now you can map between scalars and collections directly, e.g:

Async services can now be used in MQ Servers

Async responses now block for results which is in-line with sync Services behavior where Message Queue Handlers only process one message at a time for each worker thread assigned to the Request type.

To ensure NuGet pulls the latest dependencies when installing any ServiceStack package, a minimum version is now specified for all NuGet package dependencies. This should alleviate dependency issues people are seeing from NuGet’s default behavior of pulling down old packages.